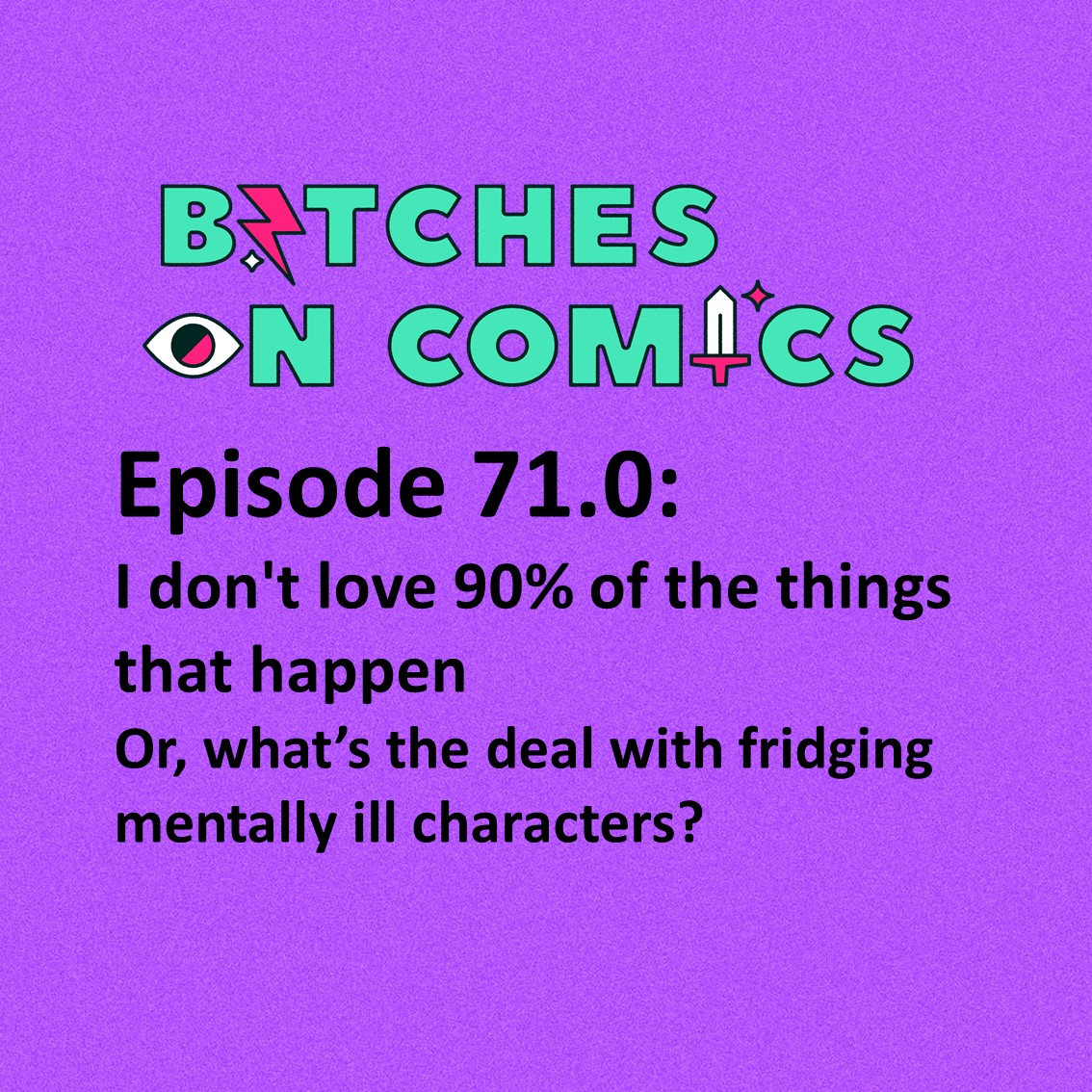 In this week’s episode we answer a listener question about the fridging of mentally ill characters. While the episode focuses predominantly on the portrayals of mentally ill characters in comics, we touch on TV shows as well. We discuss how characters have been mistreated, why we love them, and what could be done better, touching on the likes of: Aurora, Scarlet Witch, Harley Quinn, Deadpool, Doom Patrol’s Jane and more.

Our Comic of the Week is 13: The Astonishing Lives of the Neuromantics by Yves Navant.

This episode requires a trigger warning for discussions of mental illness and mentions of violence throughout.